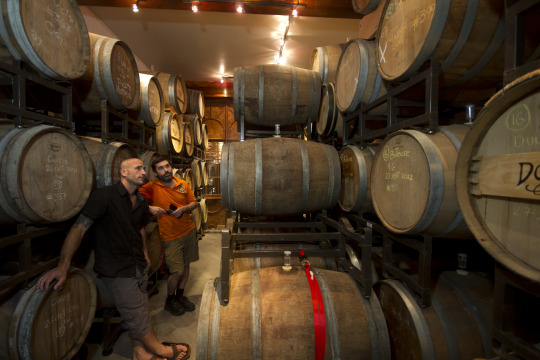 Posted at 14:36h in Uncategorized by Ryan Payne
0 Likes

We got a little devilish last month and created a collaboration brew, the final in our #Muskoka20th anniversary series, with Shawinigan, Quebec’s Le Trou du diable aka “The Devil’s Hole.” Our “Saison dans la Maison” a guava saison with big fruit flavours and a little spice, will be available starting August 10 in our Tap Room and select bars/restaurants. We caught up with Isaac Tremblay, President and Co-Founder of Le Trou du diable, to learn more about the brewery and the story behind our saison.

Early 2000’s, I was working in Montreal and, being quite fed up of the big city, was going almost every weekend to where I’ve grown up, in Saint-Mathieu, right next to the National Park. André Trudel, a good high school buddy of mine, lived there as well in an old cabin next to a lake. At that time, he was experimenting with grain brewing and I gladly volunteered as a guinea pig and ended up being there quite often, learning about the world of craft beer.

André wanted to know more and left for a couple of months for Europe, where he could learn from the masters. When he came back, he simply told me: ‘’I’ve decided that brewing will be what I do in life. Wanna help me starting a brewery?’’ It then took five years for the stars to align –  to find money we didn’t have, equipment we could afford, and a building a landlord would be crazy enough to rent us. In the process, 3 more partners got in: Franck, our great chef and also now manager of the pub, Luc, now our CFO, and Dany, who helped out André in the brewery for years.

We’ve run the pub for 7 years, experimenting with barrel aging quite early (2007 as I recall), visiting fellow brewers around the world and building our brand based on fun, hard work and rigour in an ever-evolving beer world. In 2012,  we felt ready enough to take the big step and start our production brewery in parallel, always promoting the same values. We just finished the last stage of our expansion with an 800 wood barrel funk room that should make our most sought for  beer more widely available.

Why did you want to become a brewer?

Before opening, my plan was to take care of the administrative stuff and help out André brewing. I soon realized that in our wonderful bureaucratic world, that first part was a lot more work than I would have liked. Politics, marketing, service, distribution, staff management, hop contracts – I resolved instead to help André brew. 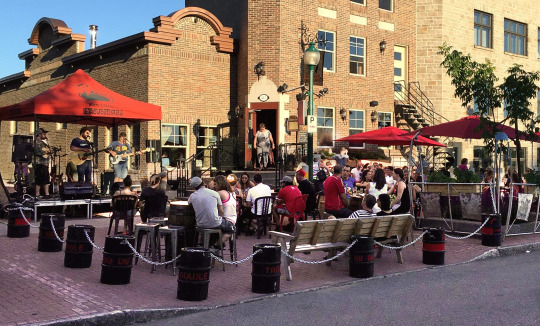 When approached to do a 20th anniversary collaboration with us, what were your thoughts?

I only had tried a few Muskoka beers in my life. As you know, even though we live in the same country, the provinces have built invisible borders between us for the sake of alcohol taxation control. This is why we always like to travel, visit and, eventually, do collabs and share knowledge, ways to work, tricks, creative ideas and for sure beers with fellow brewers from everywhere. This is the essence of our brotherhood. A brotherhood that seemed to have changed a lot with technologies and control by the big conglomerates, but stayed the same in essence since beer is beer. It’s about respect, mutual knowledge, passion and fun. We were honoured that such a well-respected and established brewery like Muskoka would think of us punks to be part of this great 20th anniversary beer collab jubilee! 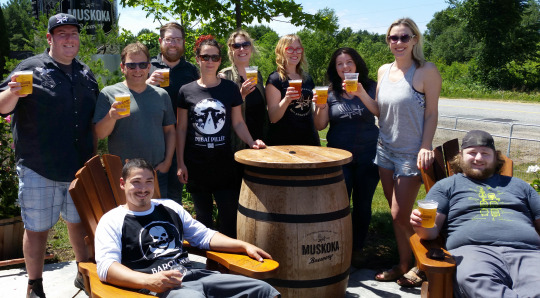 What did Micho and Marylou (Le Trou du diable’s brew team, featured above) like most during their visit here?

Micho and Marylou have been working with us forever. They were really proud to be entrusted in being part of this with us from A to Z. On a professional side, Micho enjoyed brewing on a different system, while Marylou had her scientific thirst quenched by the quality control and strict protocols around the brewing process. On a more personal side, they really enjoyed the Muskoka region and the warm welcome they had.

What made you excited about a guava saison?

We sure know how to brew a saison, but we’ve never brewed a guava beer before. Hell, we didn’t really know what the fruit taste like! I had some guava beers but we wanted this one to be the tastiest of them all… I’m excited to try it! 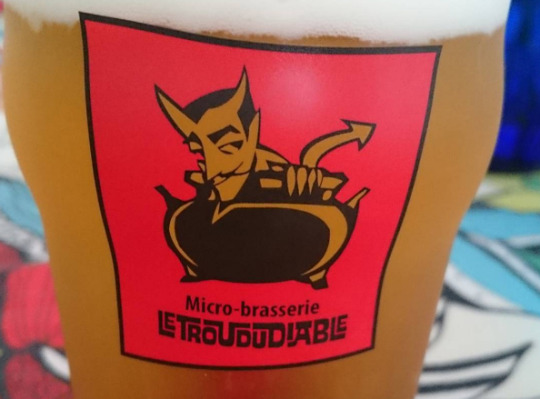 What are you looking forward to with having some of our team join you for the second part of the collab?

I love my region and it’s always a pleasure to have people discover it. I look forward to spending the day with you guys, sharing some pints and having a great beer brewed!

For the reasons cited above, very few Quebecois will get the chance to try that guava beer we made at Muskoka. I’d like to simply replicate the same and have it poured in our pub and the finest beer bars of our province.