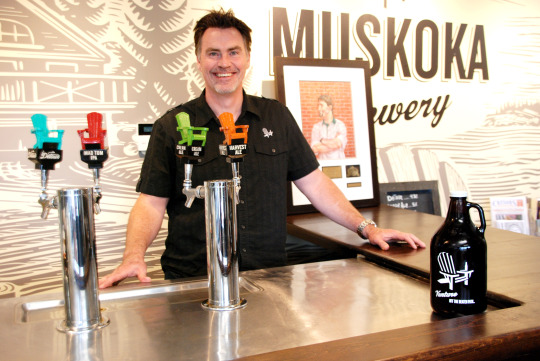 23 Jun To celebrate our 20th we asked our founder Gary to venture down memory lane, reflecting on the past 20 years and what it takes to make it in craft beer.

Posted at 13:09h in Uncategorized by Ryan Payne
0 Likes

What is the biggest lesson you’ve learned after 20 years in the craft industry?

Don’t put all your eggs in one basket, but if you do, you better fight
hard to protect them!

What do you wish you knew 20 years ago when you were starting Muskoka Brewery?

I wish I knew just how expensive it is to set a brewery up for success!

Do you think it’s easier to start a craft brewery today than it was 20 years ago?

The barriers to entry are lower and consumer awareness and acceptance is much higher. So yes!

How has the craft beer industry changed over the last 20 years?

The spirit of cooperation is alive and well in the craft beer industry. We all need to make sure we don’t take that for granted and ensure it stays intact.

At the end of the day craft beer has most of the chatter, but we are still only a tiny share of the total beer volume sold in Canada. There are still plenty of people to introduce to craft beer and to teach about Canada’s rich brewing history! Craft brewers will do that best together!

How have consumers’ tastes changed?

Consumers are much more experimental and demanding now. Both are good. Muskoka and other breweries like us have worked hard for years to educate beer lovers about the diversity and flexibility of beer. We are moving to a much higher level of sophistication and appreciation of beer and this is a good thing.

How has Muskoka Brewery helped paved the way?

I think many of the older breweries like Muskoka did a lot of work educating people and waking people up about what had happened to a once great beer industry. By the 1970’s there were just a handful of breweries and beer had become a 5 per cent alcohol, yellow, fizzy beverage.

Canada has a rich brewing history. We have played a role in bringing that back to life for beer lovers in Canada by educating people who want to listen and sticking to our guns on how we want to make our beers.

Muskoka Brewery was part of a second wave of craft brewers that opened up in the 1990’s here in Ontario. The first wave was good folks like Creemore, Brick, Upper Canada, and Wellington who got their start in the 1980’s!

What gains still need to be made in the industry?

While progress has been made with beer moving into grocery stores, multinational brewers still control most of the supply chain and at the end of the day they still own retail stores. The ownership opportunity granted to small brewers this past year is quite simply a joke. All of the control continues to rest with the three foreign owned brewers. That is not great for Ontarians and also creates inequitable barriers to entry for craft brewers.

What has made Muskoka successful?

Living the phrase ‘find a way’ – an unwavering commitment to achieving our goals. A willingness to make the correct decision for the long term in spite of near term costs. Staying ahead of the curve on what is happening with all things beer. Treating people the way they want to be treated. Being genuine and honest. Being at the right place at the right time!

How do you stand out in a crowded craft beer market?

As a team we are continually looking out over the horizon, looking at new trends and sometimes even creating them here in Canada.  We also foster an environment of innovation and entrepreneurship at Muskoka. Our Moonlight Kettle program is a great example of this.

What’s the most exciting thing happening in the craft brewing industry
right now?

The level of consumer acceptance of craft beer and the excitement around learning about the dizzying array of beer styles is really exciting. There are a lot of new brewers coming to the fore. Competition is good. We love it.

Beer in grocery stores is a big change for Ontario. We still have a long way to go to recover from our prohibition days, but we are making progress!