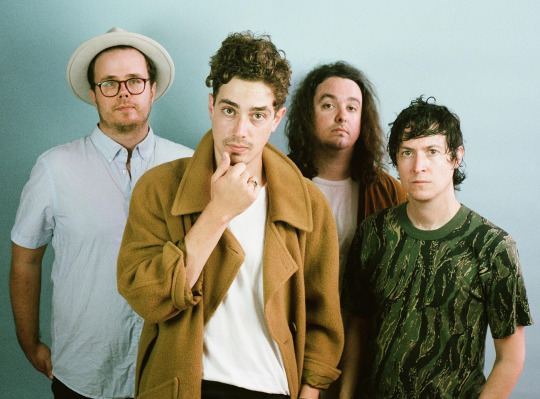 Posted at 15:38h in Uncategorized by Ryan Payne
0 Likes

For this year’s Session Toronto craft beer festival, we partnered with Ontario indie band Born Ruffians to create the ultimate Collaboration Nation brew. Together, we made RUFF Draught – a tropical blonde ale that will be previewed at The Hideout in Toronto on June 7 and officially launch at Session Toronto on June 11. The beer was inspired by band members Mitch, Luke, Adam and Andy’s desire for an easy-drinking, crushable brew after playing to a packed house.

We caught up with bassist Mitch DeRosier for a quick-fire Q and A, where we learned more about the band, their love of beer and their mascot Charlie – Mitch’s mini Goldendoodle.

What was your first beer, and who was it with?

I think it was a Budweiser that I drank with high school friends on the Wye Marsh campgrounds and pretended to like.

Which is your favourite Muskoka Brewery beer?

Detour has been a long time favourite but I’m warming up to Mad Tom IPA big time.

Would you rather have to drink beer only out of a beer helmet with straws for the rest of your life, or play your instrument with your non-dominant hand forever?

I feel like being the beer helmet bass player is a marketable trait.

At the cottage my family rents every summer, my mom got in the habit of handing out vitamin B’s and water at the end of the night. That, plus waking up on the water, certainly helps.

Would you rather have to drink the same beer forever and never try anything new, or only try new beers and never have your favourite beer again?

I would only wanna drink the beer we brewed together forever,  AM I RIGHT GUYS?!

Does the band have any pre-show rituals?

Luke sings us Roger Miller songs while we change our pants.

Who has the best playlist when driving on tour?

Andy Lloyd is our resident post-show smooth-jam van DJ. Nobody can touch him. NOBODY. 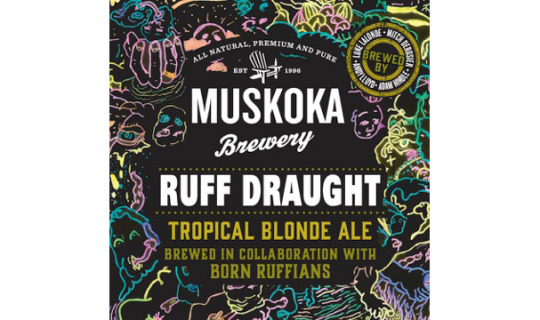 Would you rather cover a song by Justin Bieber or Celine Dion?

Bieber. I don’t have Celine’s range. Or Bieber’s. Wait. Shit.

Lately it’s been “We Made It.”  Most times it’s last in the set, and by then I can kinda blow off whatever energy I’ve got left which is pretty fun.

If Charlie was in the band, what instrument would he play?

A sampler with someone using a laser pointer to tell him what pads to play.

Would you rather have a dragon or be a dragon?

Have a dragon. I feel like being a dragon would be a huge burden. Villagers always running from you or chucking pitchforks, so then you have to burn them to death and stuff. Such a hassle.

Would you rather change the past or be able to see into the future?

See into the future where I have a dragon.

It’s time for the beer lightning round, friends! Pour yourself a beer and see if you agree with Mitch’s responses.

Keg stands or beer funnels? Keg stands where I almost certainly would fall and hurt my big, dumb self

Beers before a show or beers after a show? Trick question

We’ll be sharing more details about RUFF Draught, Session Toronto and our new best friends, the Born Ruffians on our Facebook page.