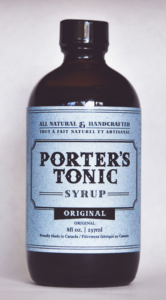 We’re convinced. Porter’s Tonic will “Add Grin to Your Gin”, and not just because they use fresh, natural ingredients. We’re happy to work with a homegrown Calgary supplier to create Muskoka Spirits Docker Gin & Tonic.

As we explored getting back into the Alberta and Saskatchewan scene, Muskoka Brewery was also working on the latest addition to the Muskoka Spirits side of things, our ready-to-drink Docker Gin & Tonic. We discovered Porter’s Tonic just in time. It’s a growing business with a shared sense of values for fresh, natural ingredients, and a drive to Venture Off the Beaten Path with every new creation.

Want to know more about our partnership? This conversation with Nicole Fewell, Owner, shows why a Porter’s Tonic and Muskoka Spirits partnership is a recipe for success.

Why tonic syrup? What inspired you to pursue this business?

Nicole: My background is cooking and a friend of mine gave me a tonic syrup six years ago. I was not a G&T fan before, but when I found out I could control the sweetness, I went for it. I set out to create my own recipes because I didn’t really like the cloves in most brands. We started selling in restaurant and stores before selling across Canada. I chose organic agave over sugar for less calories because less of the sweetener is required. 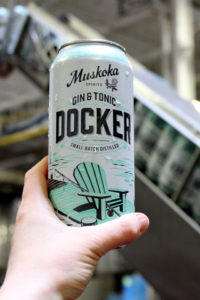 Have you tried Docker?

Nicole: It’s had an amazing response with my friends and family. It’s selling out at retailers around me. People are really supportive of local products. I’ve had customers tell me they wanted to try Docker when they found out it’s made with my tonic.

Why did you choose Calgary as your home base?

Nicole: I’ve been in Calgary for 19 years now. I operated another food-based business. This was an extension of that, plus I have a family here. We’re rooted since our son is 13 and loves the sports out here. My husband has a marketing company, Curious Communications,  based in Calgary and created all of our brand identity and packaging.

Where do you retail Porter’s Tonic?

Nicole: Lots of coverage in boutique liquor stores, high end food stores, and retail spots, in distilleries around BC, and the one in Calgary.

What are the fundamental differences between mass-produced tonic and tonic made with your syrup?

Nicole: I use cinchona bark, which is the natural form of quinine (provides that tonic bitter flavour). It looks like cinnamon in pieces, which I use in a steeping process. There’s nothing chemical added, just natural botanicals. Made with organic agave nectar, so it has a much lower Glycemic Index than processed sugar used in mass-produced tonic.

That amber colour that you get in Docker comes from using cinchona bark.

Nicole: A myriad of chemicals are involved after getting a quinine extract, it is then stripped, and made with preservatives.

How did Muskoka Brewery and Porter’s Tonic come to work together?

Nicole: Brett Stevenson researched my brand, trying almost every tonic product he could, but ultimately came back to us when he compared us to other producers.  We use fresh lemon, lime, lemon grass, no dried stuff in terms of the fruit. That resonates with a brewery that boasts fresh and natural values. 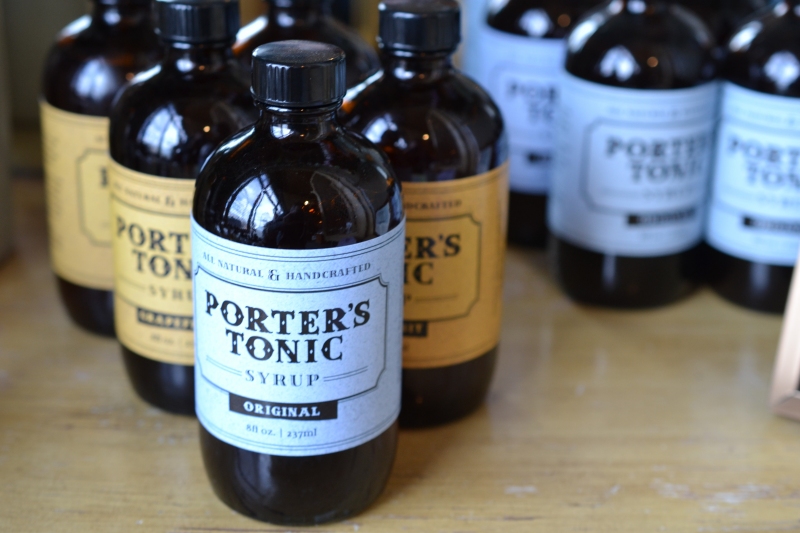 Tell us about the original tonic syrup, why did you choose that selection of ingredients?

Nicole: When I was doing my research, these were the most traditional flavours of a tonic water. That is where the Original flavour came from. Then we branched into some alternatives like Grapefruit, Cardamom Orange, Hibiscus, and our most recent flavour, Sumac Pink Peppercorn.

What might surprise our readers to know about the differences between your tonic and others?

Nicole: The biggest difference I would say is the organic agave over the sugar, that it’s made in Canada, and that we use fresh ingredients. The low calorie content is another bonus.

In today’s climate, why do you think it’s important for businesses across Canada to work together?

Nicole: For myself, I haven’t considered moving into the states with the current climate. All of us need to band together and support each other’s economy.

What challenges do you face as an independent business in Canada?

Nicole: As the business grows, I’m making , shipping, doing all the ordering, and now doing the marketing all myself. There’s a big learning curve for new business, but it’s coming together organically.

What do you like about working with Muskoka Brewery?

Nicole: They’ve been very professional, upfront, and helpful. It’s been amazing! There seems to be a great rapport and respect for staff, which I value in my own company. We’re on the same page.

So appreciative of the opportunity to work with Muskoka on this ready-to-drink trend. We had been thinking about a ready-to-drink product for a while, and I can’t imagine a more perfect partner!

Docker is making its way across Canada!