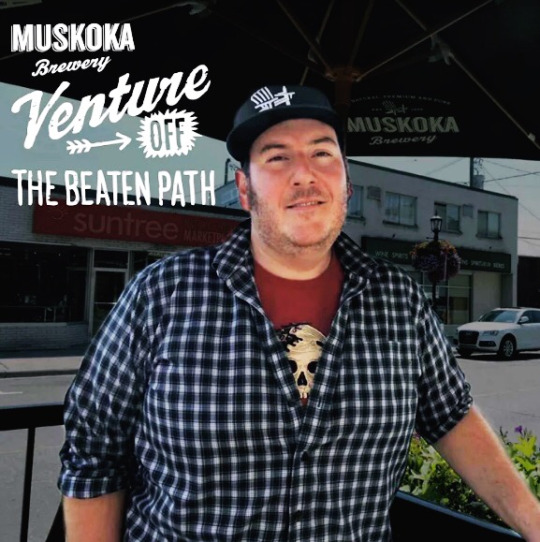 Posted at 13:03h in Uncategorized by Ryan Payne
0 Likes

Our GTA Community Beer Rep Victoria Rombis sat down with Jon Graham at The Social in Port Hope, Cream Ales in hand, and discussed everything from upcoming Ontario beer trends to songs of choice when performing karaoke. Read below and follow Jon at @MuskokaJon on Twitter for updates on the life of a true beer fanatic.

Tell us what you do for Muskoka Brewery, and what your favourite part of the job is?

My name is Jon Graham, and I’m a Territory Manager in Eastern Ontario. When I first started with Muskoka seven years ago, I was a Territory Manager for all of the GTA, including Hamilton, Kitchener and Waterloo. I was maybe employee number 15 or 17? My favourite part of the job is selling wicked beer and working with great people.

If you didn’t have your current job, who from the brewery would you trade with?

I would probably say Andrew Crowder (one of our brewers) because I’d love to be more involved in the brewing side of things; to experiment and play around with Moonlight Kettles and one-off releases. Although I’m great at talking, which is why they keep me on the sales side of things, I wouldn’t mind brewing and getting to be artistic with flavours. Plus, Crowder doesn’t have to work that much. Most of his energy goes into growing that beard.

If you were a type of hop, which would you be and why?

Probably one of the “C” hops; Cascade or Centennial. Because they’re big, abrasive, and bitter. And that’s basically me. I’ve got good points too, but I work in those qualities for fun.

How many unique beers do you have on your Untappd profile right now? Not your total check ins, gimme the good stuff.

I’m old school and was already into RateBeer at about 1000 ratings, so I’ve stayed with RateBeer and Beer Buddy. But I’ve got almost 2000 ratings on RateBeer, and I’ve got probably 1500 that I haven’t put in because I’ve either forgotten or been too lazy to put in. If I used Untappd, I would have a good amount of unique beers, but I let the young ones have their fun with Untappd. That, and Tinder.

My favourite time I’ve had drinking beer was when I got to take my wife, Tia, after she graduated from Humber, to Dogfish Head. I gave her the chance to go on a trip anywhere in North America after she finished school and, being the beer geek wife that she is, she chose Dogfish Head because she was always jealous that I got to go with some co-workers. So she twisted my arm, we went down to Delaware and we drank their 120 IPA straight from the tank with one of the brewers. We had tours of the brewery and brewpub, and Sam gave us a 2004 Worldwide Stout and a 2005 Raison D’Extra, which we drank when we moved into our new house. I agree, beer is contextual. I got into beer for that reason. I would go to a bar called Smokeless Joes and their bartender would teach me about different styles of beers based on the type of day I’d had before getting there. He gave me a 12% Belgian Quad made by monks to make me feel better after a bad day, and a Czech Pilsner after a great day. And definitely having a Muskoka beer makes every day better.

Do you have any beers in your cellar older than me? Older than you?!

What’s your favourite beer event to attend and why?

This is a hard one. I would say, even though I haven’t been in a while, Session Muskoka. Always great people, the organizers are awesome (love you, Jed!), great venue, and really awesome beers. I like a lot of the events in the States as well but, for Ontario, definitely Session Muskoka.

What is your enormous dog’s favourite style of beer? *no dogs were harmed in the creation of this question*

As sad as it is, Tito does not like beer. And I’ve tried! He likes to drink Tia’s coffee, so maybe I could try to give him a coffee milk stout. But he’s not a beer guy. He turns up his nose at it, actually. 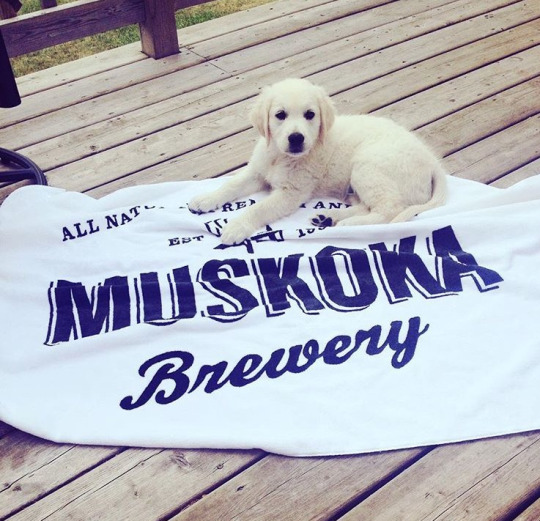 The funny thing is, it’s actually another beer. It’s a beer by Church Key Brewing, which is about 15 minutes away from where I live, and it’s called Holy Smoke. For some reason that beer just works, I never would have thought it would, but the owner and brewer there –  whose name is also Jon Graham – brought it to me at the Peterborough Beer Fest many years ago, and told me it would work. After about a half an hour, I could still feel that I had a good night the night before, but I could at least open my eyes.

Man In Black by Johnny Cash.

You and Tia always use the hashtag #EducateTheEast in your tweets. Can you tell me what that means?

So when I started selling beer in the GTA and Toronto, probably 1 in 30 bars I’d go to would have craft beer on tap and you’d have to really educate every account on why they should bring on craft beer. And now, 1 in 5 accounts have craft beer because of how it has grown as an industry. When you go to the eastern areas, it’s back to the same thing, 1 in around 25 accounts pour craft beer and I have to really educate people on why they should be purchasing products that are craft and high quality. But also it’s about educating people in the East about the great places that do exist that they can go to to find not only quality beers, but produce and wine. Not just from local, but from all across the province.

What do you think the next big beer trend will be that we’ll see in Ontario?

I think Ontario is going to follow the low alcohol trend, but most likely we’ll see more people get into Session Sours. Maybe flavoured like the Raspberry Uber from Nickelbrook and many of the Gose’s and Berliner Weisse styles that we see in the States, I think that’s where the styles will tend to go.

Save your Gary bucks up or spend ‘em right away? Save ‘em and buy kegs!

Trying a new beer or an old favourite? New Beer.

Kanye West or Jay Z? I’m going to go with Kanye. But only Old Kanye, first four albums only.