BRACEBRIDGE, ON February 20, 2019 – Ebb & Flow Session Sour is the first addition to Muskoka Brewery’s core lineup in four years since Detour. At 2.4% ABV, this is our first time dabbling in the low-alcohol category. It’s one of the only Ontario craft options under 3% ABV to gain widespread distribution at LCBO, Beer Store and grocery. It feels like something that lifelong craft lovers have been waiting for.

Today, we’re answering some of the burning questions on Ebb & Flow. Scroll to the bottom to see what people are saying the latest addition to the core brand family.

Muskoka Brewery President, Todd Lewin comments that although Ebb & Flow was originally slotted for spring 2019, we just couldn’t wait for the new year and moved up our launch to November. “At 2.4%, it was the obvious choice for the upcoming resolution season and a great option to have on deck for holiday parties, whether hosting or hitting multiple events in one night. The recent legalization of cannabis also presents a new shared occasion that is better paired with a lower ABV beverage. Ebb & Flow allows you to stay refreshed and in control without skimping on flavour. It’s a gap we think needed to be filled, year-round.”

It’s a question we’ve received many times since introducing Ebb & Flow. “When we were discussing a style to produce for a low alcohol offering, I think that the first inclination is to think lager,” responds Brewmaster Curtis Bentley. “While I think lower alcohol lagers aren’t a bad choice, I think they are more abundant than any other style in the low alcohol segment. A low alcohol hoppy beer is an idea too, but bitterness can quite easily become overwhelming and out of balance with this style. Not to say it can’t be done, but I think our idea to go with something sour was more appealing for a few reasons.”

Curtis explains: “Souring supports greater flavour than bittering. The brewing process we employ during the mash encourages residual dextrins. These are natural sugars that are unfermentable, and as sugar is a key driver to higher ABV that helps us keep alcohol low. Sourness is better suited to lower alcohol beverages than bitterness as there’s not really enough going on in low alcohol beverages to support much bitterness. Bitterness relies on sugars that build flavour and alcohol content at the same time, so souring seemed like a better fit to us.

Finally, I think it would be hard to ignore the popularity of sours at the moment. At lower alcohol, we knew this one would need to be mildly sour or essentially just tart to avoid not throwing off the balance of the beer. At this level, the beer comes across as more refreshing. It’s a potential gateway for those who have not yet acquired the taste for sours. Because it’s more tart and citrus forward, it can even appeal to non-beer drinkers who prefer cider, cocktails and white wine.”

“Is a lower alcohol beer difficult to produce?”

Brewmaster Curtis Bentley reflects: “I think making a low alcohol beer is more challenging than making regular strength beers in terms of dialing in body, mouthfeel and to some extent flavour, with both tending to be diminished from a lower ABV. There are ways to manipulate your process in order to avoid these issues. The challenge is moreso tweaking process and recipe until you find what you’re looking for, and most brewers typically don’t have a lot of practice at this level.”

“How is Ebb & Flow being received?”

Digital Marketing Specialist, Sarah Girdwood observes “I watch daily commentary on all of our products through social media. There’s no beer out there that suits all tastes, and I’d never claim the same for this one. Ebb & Flow has been received with praise and relief that there’s finally a widely available, great tasting option that’s low alcohol and truly craft. Craft beer drinkers are calling it a “gateway sour” for those who haven’t ventured into the style before.” She also adds “Consumer behaviours change over time, and while some aren’t interested in trading in their high octane brews yet, there’s a large group that’s relieved they can enjoy a couple pints of this one and not feel it in the morning. I think people are excited for more low alcohol options at bars when they want to take it easy and still participate in the beer drinking experience.” 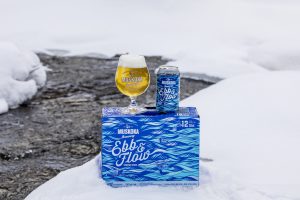 New! Last week, we added Ebb & Flow to our short can family in convenient 12-packs, available at The Beer Store and select export markets.

Tasting Notes: With a nod to our shimmering Muskoka lakes and endless shorelines, this session sour is a natural for those long, lazy days. Citrusy and tart up front, it’s an easy-drinking quencher offering a light-bodied finish. Perfect for those on the go, at just 2.4% this game changer offers a low ABV with a full flavour.

We love imparting beer wisdom, send more questions to [email protected] and we’ll do our best to answer them as soon as we can. 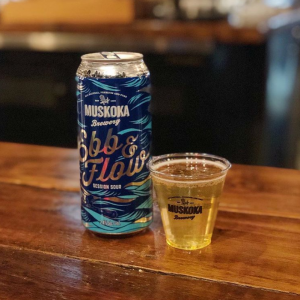 allbeernofluff Definitely not one to overlook!🔥. It’s full of tart lemon complimented by a citrusy finish. I’m not normally one for super low ABV beers. However, this is definitely a refreshing crushable that you’ll want next summer 🍻☀️ 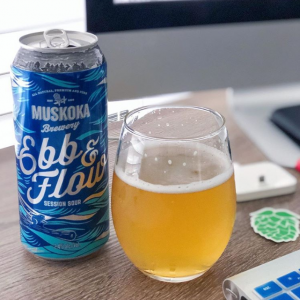 ataleineverypint The body is mega light with high drinkability, especially for a sour. Malt character is a bit biscuity and the sourness is easy going and tart. For a beer that’s only 2.4%, it really packs a lot of yeasty funk goodness. Definitely grabbing this one again. 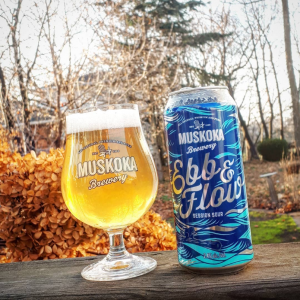 drunkpolkaroo On the sip, a clean and easy going slightly tart lemon sourness with a dry finish and lingering citrus backend. Some hoppiness gives it a nice bite too. It’s a great idea for parties and BBQs when you’re having a few and would serve as a fine intro into sour beers for a novice. […] 4/5 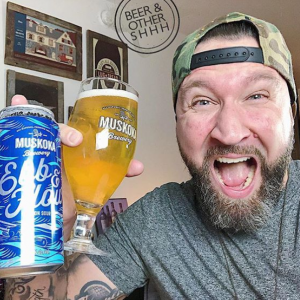 ceefor The kids at Muskoka recently dropped their new session sour as part of their core range, so I’m stoked to get it in me. Sitting at a super low 2.4%, it pours light and clear with a tropical nose from the Citra and Mosaic, drinkable af, much more flavour than I anticipated, fresh and crisp, a touch of tart tanginess and a dry, smooth finish. Lovely. 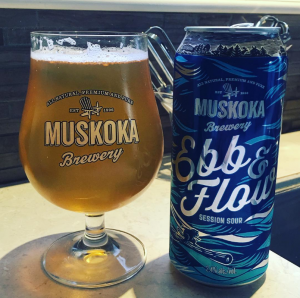 so_beerboys Perfect choice to kick off the holidays. Time to whip up the holiday meal in the kitchen with my good friend, @muskokabrewery and their ultra sessionable Ebb & Flow 🌊 Session Sour. Coming in at 2.4% This little guy will hit the spot. 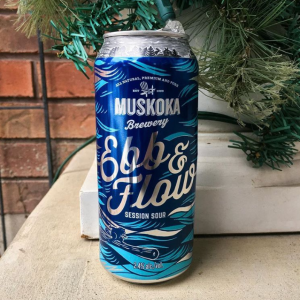 hoppymelreviews Looking for something light and refreshing to help you get through your holiday feasts? This is the perfect thing. Crisp citrus notes to start followed by a mellow, light-bodied finish. It’s definitely more on the subtle side for a sour, it’s tart enough to be refreshing but not so much that it’s overwhelming. Easy drinking, bright, and fresh. 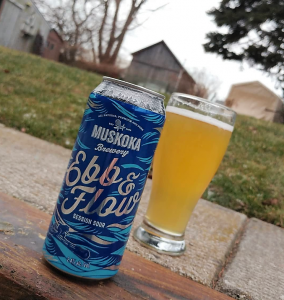 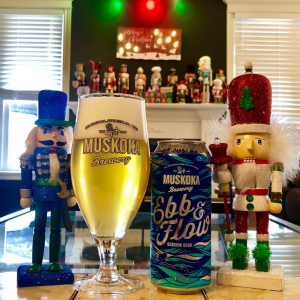 23habz23 Ebb & Flow Session Sour: Read “sour” and braced my palate accordingly. This is tart, but not a puckering Sour. The aromas are a pleasant mix of grapefruit & tropical citrus. Drinks light, crisp & clean as flavours of tropical citrus meld with the tart / sour character. 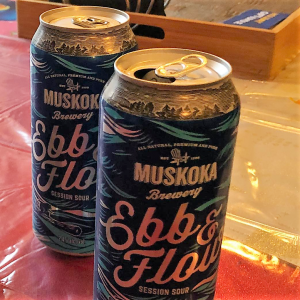 forest_city_brewviewer 9/10. This low alcohol session sour, the Ebb and Flow from @muskokabrewery is hands down the best sour I’ve had in a very long time.