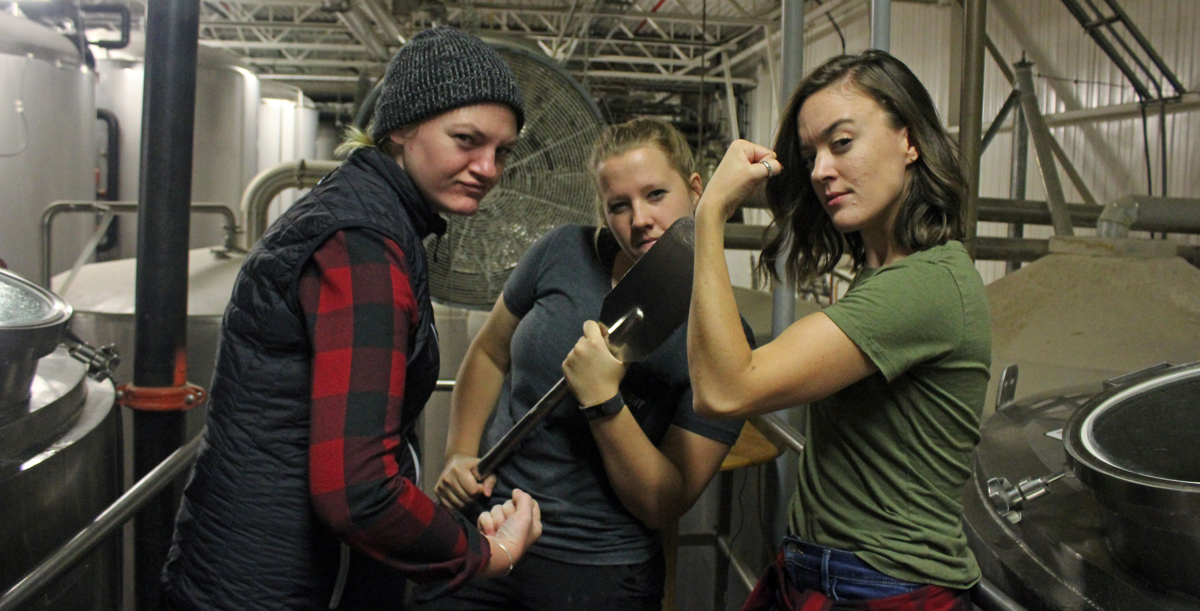 06 Mar You Bretta Work: Brewing in the Name of International Women’s Day 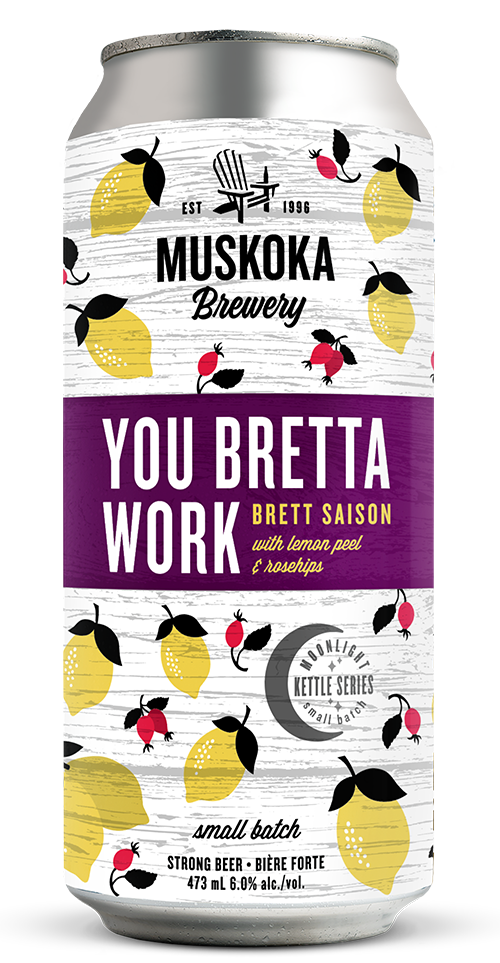 THE WORLD, March 6, 2020 – Get Ready for International Women’s Day! Today, we’re celebrating women in the craft beer industry, a space that has been largely filled by males until recent years. Women represent almost half of our staff (up 2% since last year), spread across each department. To honour this day, we’re raising a pint brewed by Aurora Poland, Brit Ribalkin, and Victoria Rombis: You Bretta Work Brett Saison with rosehips and lemon peel. It’s been a while since we’ve done a saison, and this recipe proves to be as powerful and iconic as the women that brought it to inception.

As part of the Moonlight Kettle Series, You Bretta Work is the result of three staff members coming together from different departments to imagine, brew, and render a unique beer of the month. Dedicated to International Women’s Day, this female staff trio volunteered to create something cutting edge.

So who are these women? 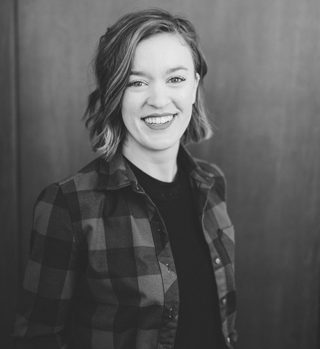 Since discovering her passion for locally sourced food and beverage during her Undergrad in Environmental Studies at York, she began her craft beer journey with a taproom and event coordinating role at Amsterdam Brewery. During this journey, she began co-authoring “The Bottomless Pint” with editorial on the beer industry. She joined our team as a Community Rep in 2016, always with an eye on sales as she introduced herself to unique groups around the GTA. She took the plunge in sales in Toronto North and recently graduated to the competitive downtown core: “Coming from a place of privilege, I still feel my expertise and knowledge are underestimated when I do business. With respect to my colleagues, women do have to put in more work to prove themselves as equal to men in the field.” We’re proud to say Victoria’s done just that. 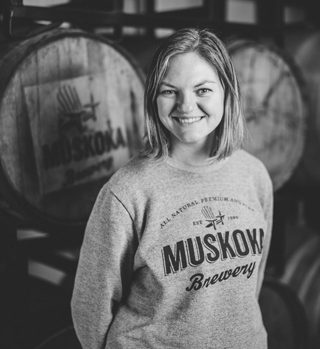 A proud face of the brewery, Aurora just earned her 5 Year Paddle with us! Starting out on the production line, Aurora has gained a deep knowledge of the brewery, back and front. In her current position as Taproom Shift Lead, she’s the authority on our educational brewery tour. If you’ve ever been on a tour with Aurora or someone that she’s trained, there’s a high level of detail that can only be attributed to her years of dedication at Muskoka Brewery.

You Bretta Work isn’t Aurora’s first time in the Moonlight Kettle program. In 2016, her team created Cool as Cuke Pale Ale, which made it to LCBO in 2018. With this outstanding saison, she’s got a good streak going. 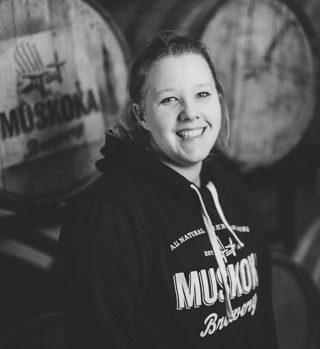 As a bio major with a big lab background, it’s no surprise this brewer is obsessed with saisons. Brit’s big on Brett. What bio nerd doesn’t love experimenting with bacteria cultures? Brit just happened to be trialing the “Mothership” Brett Blend in July, right before the team started thinking about Moonlight Kettle. It was a deliciously easy connection to make.

Brit learned to brew at the infamous Niagara College Brewing Program. She used her bio background to set up the labs, and was eventually hired as a lab technician while taking classes. Soon after graduating, Muskoka Brewery hired her as brewer. She’s brought us outstanding creations like Lunar Haze DIPA with Lupulin Powder, Yum in the Sun Sour IPA, All Eyes on Yuzu APA, and Hibernating Grizzly Grisette. True to her bio roots, she’s back in the lab and is a key part of recipe testing and quality control.

While a special beer is not a solution to the constraints that women experience in our industry, we strive to educate the world on their influential roles. You Bretta Work isn’t just a nod to a couple of the team’s favourite pop celebs, but to the growing force of women in beer and the extra miles put in to gain recognition.

Let’s make this one a best seller. Find it in the taproom or try it at one of our amazing tap partners: bit.ly/FindMLK

On behalf of Muskoka Brewery, this piece was written by a woman, for women: Sarah Girdwood.