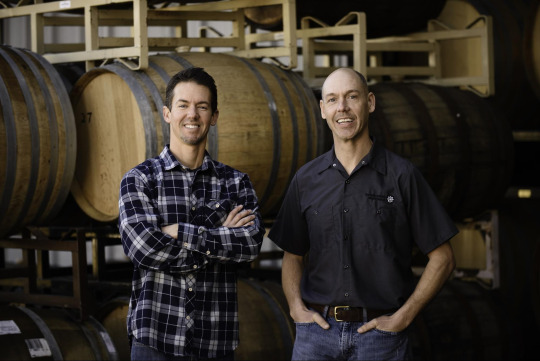 Posted at 13:31h in Uncategorized by Ryan Payne
0 Likes

To celebrate our 20th anniversary, we’ve teamed up with four breweries to create four delicious collaboration brews.  In March, we hosted BarrelHouse Brewing Co. from California and brewed a Clementine Cranberry IPA. Our friendship started four years ago over the sale of our old brew house, so we aptly named the beer Your Brew House or Mine.

We caught up with Jason Carvalho, CEO and co-owner of BarrelHouse Brewing, to learn more about BarrelHouse, his history with Muskoka and, of course, talk all-things beer!

When did you first hear of Muskoka Brewery?

I was searching for a used brew house on Pro Brewer. Everything was going fast, so I acted like I knew the person who was selling the equipment. The listing said the brew house was in Muskoka, Canada. There was only one brewery in Muskoka, so I called and said I wanted to speak about the equipment for sale. Dave, who’s still at the brewery, apologized for not getting back to me – but it wasn’t me, it was the other people trying to buy the equipment. He said to be there for Monday, so we [Carvalho along with co-owner Kevin Nickell] bought the first tickets we could get.

We had been searching the Pro Brewer website for about a year before when we landed on the Muskoka listing. Everything just fell into place – finding your brew house and finding the perfect location for our brewery. We felt like we were heading in the right direction with everything coming together.

We spent the first trip learning how to operate the brewing system. Six months later we came back and spent four days and nights labelling each piece of the brew house, so we could dismantle it. We had no idea what we were doing but we had to take it apart for the move. So we put our Tetris skills to use to fit the dismantled brew house into a truck that would deliver it to California! It took us about six to seven hours to load the truck. The truck wasn’t big enough and we weren’t skilled enough. It took a sense of humour and beer to get through it.

What did you think of Bracebridge and the brewery?

We stayed an extra day to spend some time with the Muskoka crew and really enjoyed ourselves. We had to light some fireworks because you can’t always get them back home. We really got to know staff at The Old Station and the hardware store during that trip. We love your beer, people, and the town! Everyone is always so welcoming and treats us like we’re part of the family. We’re looking forward to reciprocating when your team comes here. 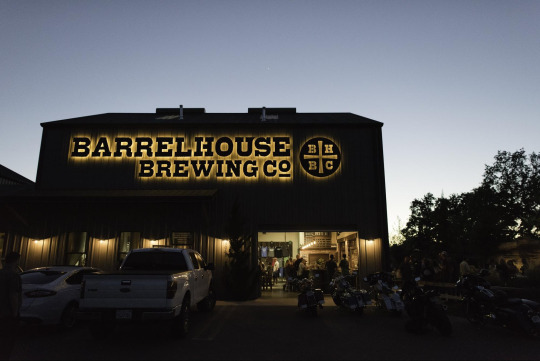 What was it like seeing the Muskoka team this past March?

It was great seeing Gary, Darrell and Mark, who we had met the first time we came to Muskoka Brewery. We’ve always had a collaborative relationship since we first met up. Gary and I have been in contact every couple of months with questions about extra hops, fermentation, and what’s happening in the States and in Canada. You guys are 17 years ahead of us – anything that we’ve come against or may come up against, you’ve been through it.

What did you and George Numair (BarrelHouse brewer) think of the changes we’ve made to the brewery?

You guys are spoiled! You have a bunch of buttons, we don’t have any buttons. We have to pull valves and hoses, and run up and down.

What are you most looking forward to when we come to visit you in California?

Most of your current brewing team hasn’t seen your old system. It will be neat for them to see and use it.

What’s next for BarrelHouse Brewing Co.?

We’re opening a new taproom in

and developing the Central Coast Sour Fest – an event that brings together craft beer enthusiasts and breweries who share a passion for sour and wild ales. 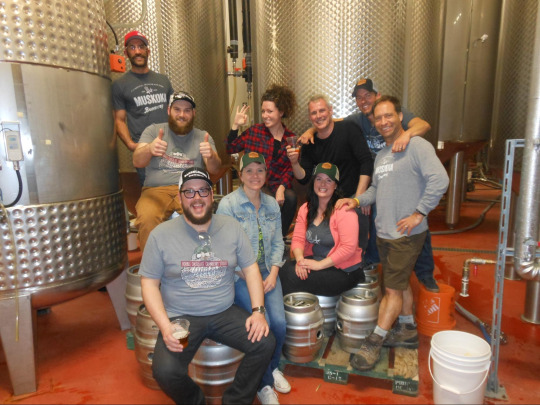 Can’t wait to try Your Brew House or Mine?

It’s available in our Muskoka Brewery Tap Room early next month (May 11) for a limited time only. Tweet us your excitement @MuskokaBrewery and @BarrelHouseBeer using #Muskoka20th. Stay tuned for more details on our upcoming collaboration brews with Le Trou du Diable of Quebec, Ellicottville Brewing Co. of New York and Howe Sound Brewing of Vancouver.